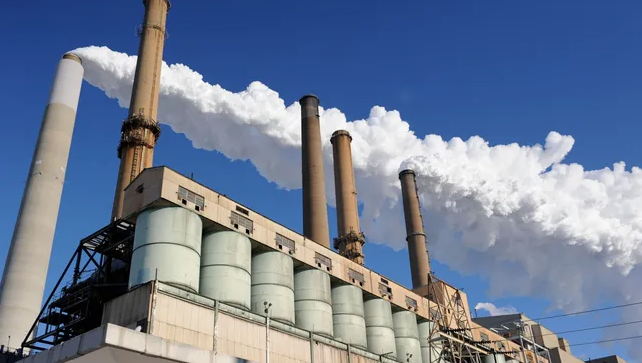 COSHOCTON – An end of an era arrived in May with the closure of the American Electric Power plant in Conesville, but new life is being developed on the property.

While the plant didn’t officially shutdown until May 31, it stopped producing energy on April 29 as coal reserves were used up. Most coal-fired plants only have about 40 years of life, so the Conesville plant at 62 years beat expectations by more than 20 years.

Unit 4, the largest, was the last one operating at the end. AEP took over the plant in 1981 after purchasing it from Columbus Southern Ohio Electric Co. The plant had about 600 employees at its height.

It was announced in October 2018 that the plant was targeting May 2020 for closure. The decision to close the plant was based on costs to keep the plant operating and the outcomes of competitive generation auctions. The plant did not clear the PJM Energy Market capacity auction for 2021 to 2022 and only partially cleared the auction for 2020 to 2021. The auctions are for the sale and purchase of energy to meet consumer needs by energy providers.

The closure of the plant came with an economic impact that resulted in a loss of tax funding to local entities. The hardest hit was River View Local Schools with a drop of $2.2 million. The failure of the district to pass a levy has meant cuts to staff, elimination of open enrollment at Keene Elementary and other reductions.

However, the plant had always been a strong community partner, such as hosting an annual Earth Day event for local elementary school students to learn about the environment for 18 years. A display of memorabilia is on exhibit at the Johnson-Humrickhouse Museum to serve as a reminder to what the plant meant to the community.

“Frankly, we can’t escape being emotionally impacted from the situation. However, appreciation is most of what I’m feeling right now,” plant manager Ryan Forbes said in April. “It’s a unique and special bond with the locals and I’m confident the memories will continue giving. Many area residents have a gravitating connection to the plant and almost all have only a very small degree of separation.”

However, the property didn’t sit idle long as the Frontier Group of Companies took over the site in June and announced its plans for the Conesville Industrial Park in August. Demolition of structures and remediation of the land will take about seven years. Plans include a 50-megawatt solar array.

Frontier was looking to hire approximately 90 people for various onsite work with most coming from the local area. This included operators, laborers and environmental technicians. The AEP landfill on Ohio 83 will also be filled and then monitored for 30 years.

While officials with Frontier said attracting a huge industrial plant, like a vehicle producer, isn’t likely, they believe many smaller manufacturers could be interested in the area.

Frontier Chief Executive Officer David Franjoine in August said the site not being on a major highway could be a barrier, but he’s confident they can bring in vital, new businesses through hard work and community support. The fact that local government and agencies are very driven to bring in new jobs and could offer incentives to companies, like tax breaks, is an asset, he said.

“For us to be successful here, we’re going to have to work hard to bring a tenant on this site or multiple tenants to the property. We hope the community will help us do that also with whatever support we can get,” Franjoine said.