Capito says redevelopment of Weirton site could be a gamechanger 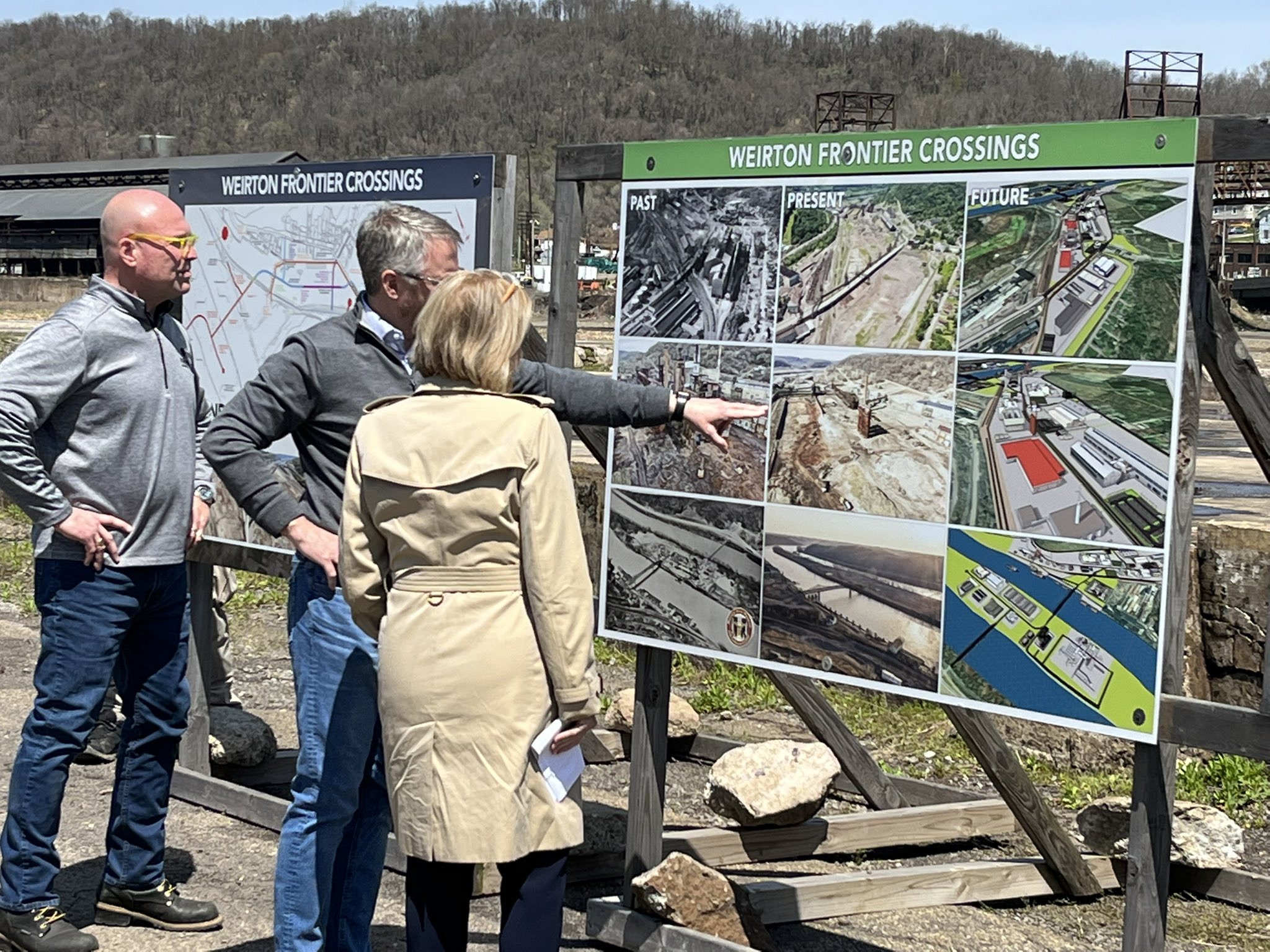 After helping secure $25 million to redevelop the former Weirton Steel site last month, Capito took a tour of the area and talked with local leaders.

“I’m really excited about what I see here in Weirton, just with the development folks, city planners,” Capito said. “With investment here, we’ve been able to help with congressional directed spending, which is the old earmarks to be able to improve rail service through here so that when customers are coming and folks want to redevelop this, the infrastructure’s there.”

“What’s really exciting about the capital stack that these three congressional officials have done for us, is it got us over the hump,” Pat Ford, director of business development for the Frontier group of companies, said. I mean we’ve been working on this site for 5 years to get it in the condition where it is business ready. And now that we have business-ready, there’s been just one gap. That’s been the roadblock for the industries we’ve been talking to to get on site and that is the access to the site and also the rail improvements.”

Capito saw first-hand what access roads will need to be constructed and understands it could require even more funding.

“I think there will be some asks,” Capito said. “They have some grants in right now that we’ve been able to write letters of support for more rail improvements, but also for some more road improvements baring some of the pipes and other things. So yes, we expect to keep working with this site. We want to see it redevelop. I understand at the height of the steel industry there were 14,000 people that worked here. We’d sure like to see thousands working here in the future.”

Frontier officials provided the senator a tour of the property, explaining the business potential which they remain excited about.

“What’s really cool about the senator being here is that she’s been here with us from Day 1,” Ford said. “It was her seed money back in 2017, where she secured $300,000 from the USEDA to develop a master plan for this site. And it was from that master plan that developed the idea of a new road coming through here, and also what type of industries we should be recruiting.”

“A lot of places don’t have a river,” she said. “A lot of places are not in close proximity of like three quarters of the country’s population as we are. As you look up into the east coast, so we have so many great things besides our quality of life and other things we offer. Safe and rural sense of community.”