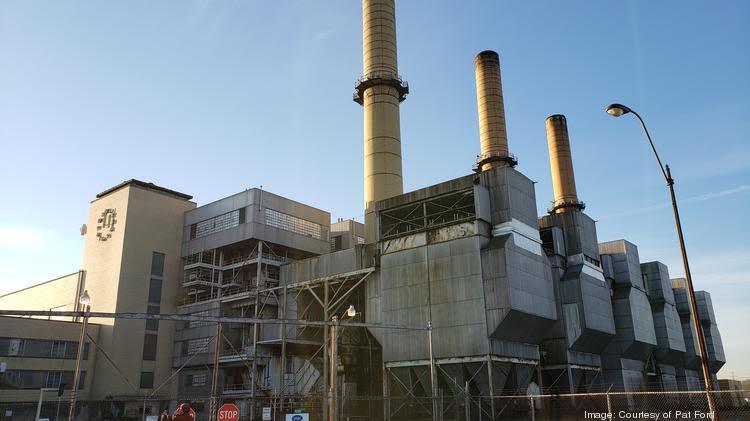 An out-of-state developer has big plans for a massive industrial site it recently purchased in the Dayton area.

The Frontier Group of Companies, based in Buffalo, New York, bought the former Hutchings Station property in Miami Township for more than $866,000, according to Montgomery County property records. Frontier purchased the property from Dayton Power & Light Co., which previously operated a coal-fired power plant on the 200-acre site.

Constructed in 1948, the 365-megawatt power plant is located south of Miamisburg on the banks of the Great Miami River. The plant employed 50 people at its peak before closing for good in October 2015.

After sitting vacant for a half-decade, Frontier decided to buy the plant and associated land in December 2020. Now, the company plans to transform the property into a mixed-use commercial development centered around manufacturing/industrial, residential and recreational uses. Solar energy also will be a big component of the site as it transforms from an industrial brownfield into a green energy facility.

Frontier Business Development Director Pat Ford said the property could be home to a national or international manufacturer that wants to make an investment in the Dayton region, whether it be an existing business looking to expand or a new-to-market company. He also noted the region’s real estate market, which has been red hot even throughout the Covid-19 pandemic.

“We see an opportunity for high-end residential apartments or houses on the riverfront,” Ford said.

On the recreation side, Ford said there’s already a confluence of people who recreate near the Hutchings property due to its proximity to the river, so they want to take advantage of that. There is also an athletic park close to the site, drawing even more people to the area.

“Whether it’s fishing or kayaking or athletics, we want to make it take off as a recreational area,” he said. “There’s a confluence of a lot of different people using that site for a variety of different reasons.”

Ford said the longterm investment for this project could range between $50 million and $75 million when all is said and done.

“People won’t see that (amount of investment) right out the gate — that’s probably after three years — but if we get the right mix of industries, businesses and uses, ultimately it could be as high as a $75 million investment long term,” he said.

Large-scale industrial and commercial facility reuse, repurposing and redevelopment is at the core of what Frontier does, which made the Hutchings site appealing to the company. This will be the third property Frontier has redeveloped in Ohio, joining other projects in Mingo Junction and Conesville.

Ford said what made the Hutchings Station site attractive was the building’s unique architecture and strong bones, its positioning in an attractive real estate market, and the variety of what he calls “Easter eggs” littered throughout that could be repurposed to make the property stand out among other developments in the area. He also noted its history, accessibility and prime location along the riverfront.

“This site checks all the boxes,” Ford said.

Now that the property has been acquired, Ford said the next steps will be to assess environmental liabilities, perform remediation work, deconstruction, scrap any unnecessary or unworkable structures or items, and finally to repurpose the property into a mixed-use development.

Today, workers are performing environmental remediation such as the removal of asbestos and universal waste before starting the deconstruction process. Concurrently, Frontier is engaging with market analysts, planners, engineers, architects and others to determine project costs.

Ford said this process will likely take a year to 18 months, followed by site prep and facility improvements. He added a project of this magnitude will take multiple years to complete, and that the community will start seeing outward changes following the remediation process.

“We’re not flippers — we’re here for the long haul,” Ford said. “We don’t stop until we breathe life back into our properties and establish them as vibrant contributors to the local and national economy.”

To determine what the market will support today and over the next 10 years, Frontier has established a working group to engage the community and build capacity, prepare a master plan for the site, determine value-added improvements that could be made, and to help with permitting and other necessary approvals that go into such a massive effort.

So far, Frontier has established relationships with the city of Miamisburg, Miami Township, Montgomery County, the Dayton-Montgomery County Port Authority and the Great Miami Riverway, among others.

“We want to make sure the community is engaged with every step we take,” Ford said.

Along with transparency and community engagement, Ford said these local partnerships will also help them market the site, generate leads and gain a better understanding of the regional economy. These leads and market insights will serve as a blue print for the project, which Ford described as an “on ramp” into the overall economy.

When asked about the economic impact this project could have for the region, Ford said they want to make the location into the viable, job producing site it once was — albeit with a broader mix of uses and opportunities for investment.

“The economic impact of these facilities is never lost on us,” he said. “The goal is always to replace those jobs that were lost in a variety of different ways, from planning, design, engineering and remediation to demolition and redevelopment. This is going to be an economic powerhouse like it had been for 60 years.”