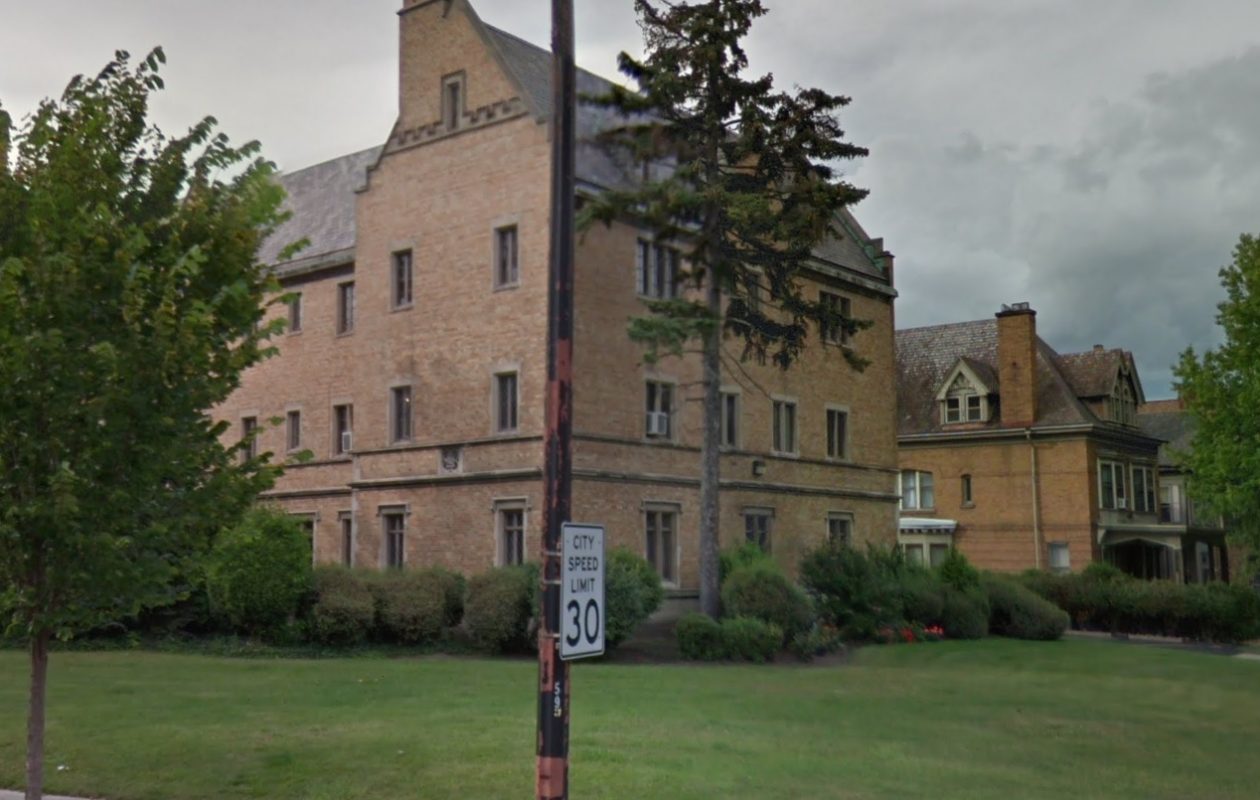 The Catholic Diocese of Buffalo has sold the former Sheehan Residence for retired priests for $1.3 million.

Mingo Junction Steel Works, a partnership affiliated with Frontier Group of Cos., on Thursday morning acquired the historic mansion at the corner of Linwood Avenue and West Utica Street.

Bishop Richard J. Malone said last March that the diocese will sell the longtime bishop’s residence at 77 Oakland Place to help pay for its program to compensate childhood victims of clergy sex abuse. The diocese said in a news release Thursday afternoon that proceeds from the Sheehan Residence sale will go to the Retired Diocesan Priests’ Medical Benefits Fund.

Together, the two properties could fetch $2.5 million to $3 million for the diocese.

Plans call for converting the three-story brick building — which was originally constructed in 1928 — into 10 to 12 market-rate apartments, with luxury finishes, said Craig Slater, an environmental and land-use attorney, who is a partner in the investment group. The building now features 12 suite-style units, so the conversion is relatively easy, with an expected cost of about $1 million, Slater said.

“It’s just gorgeous, and it’s built like a bomb shelter,” Slater said. “It’s stunningly beautiful, in a gorgeous part of the city.”

Slater said the group has “been discussing potential commercial” space in the building, but “it’s more likely it’s going to be residential.”

The bishop’s residence — a Tudor manor house that was designed by architect E. B. Green and built in 1900 — has nine bedrooms and six bathrooms on two and a half floors, with 11,050 square feet of space. It features four massive stone chimneys, a slate roof and a separate apartment above the five-car garage.

The diocese bought the 1-acre property in December 1952 for $50,000, and at one time it was the most valuable home in the entire city, on a prestigious street. Officials long maintained that having the Oakland Place home saved the diocese the expense of renting hotel, restaurant or conference room space for many events and visits. But it’s also been the target of complaints that such a palatial home was unnecessary and inappropriate, so news of the sale was welcomed last year.

Malone moved out of the mansion in November, relocating to the former St. Stanislaus Parish convent house on Buffalo’s East Side, while three other diocesan residences will be used for retired priests.

The mansion, which is now under contract to be purchased by an unidentified local buyer, is assessed at $1.3 million with a full market value estimate of $1.91 million. The sale was handled outside the traditional multiple listing service used by real estate agents, and officials have not divulged the price or any other information.

Located at 336 Linwood, the Sheehan Residence was originally built as the rectory for what was then St. Joseph Cathedral on Delaware Avenue. The “New Cathedral,” as it was known, was demolished in the 1970s and the former rectory has been used ever since as a residence for retired priests. It is a 17,376-square-foot building with 10-foot ceilings, a full basement and a detached garage.

Besides Slater, the other investors in the purchase are brothers David and Dennis Franjoine and Robert Zuchlewski, who are also the three top executives in Buffalo-based Frontier, an environmental, construction, demolition and development company. The group bought the mansion as part of a tax-free real estate exchange to use the proceeds from selling a steel plant in Mingo Junction, Ohio.

“We’re just very excited,” Slater said. “It only took one walk-through to fall in love with the building and the location.”

The new owners hired an architect three weeks ago — Daryl Martin of Orchard Park — but are still finalizing plans for the renovation, which will likely use historic tax credits, Slater said. They plan to fix up the parking lot, but “don’t plan on changing any of the exterior,” he added.

Slater said the group hopes to submit initial plans and applications to the city for approval within the next three to four months, and would like to “be on the market and complete” by the first quarter of 2020.

“I suspect that will be delayed,” he said, acknowledging that “we would like to complete a lot faster than the process would allow.”