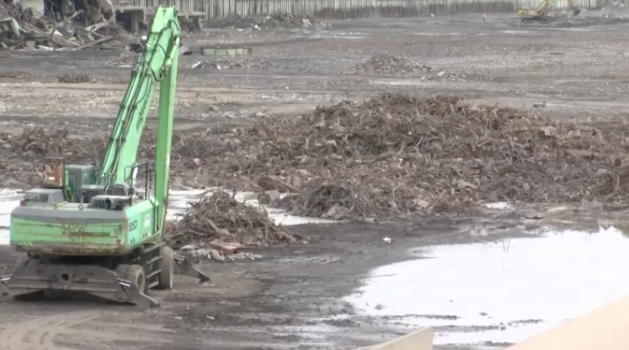 WEIRTON, W.Va. — A few years ago, Frontier Group of Companies purchased 1,300 acres of the former Weirton Steel site — and now they’re putting their visions on paper.

And this is a look at what the plan is moving forward:

Working with the city of Weirton, Frontier hopes to bring in new industry while also creating residential space.

Thursday’s announcement had to do with easy access to the future site, which is a $14 million project in itself.

“We’ve also been working with U.S. Department of Transportation to get some grant funds to create a round-about right here in this area, which would really announce that our site is open for business, come on in, we’re ready,” said Craig Slater, general counsel to Frontier.

He was talking about adding access roads from W.Va. 2 and Pennsylvania Avenue, along with two additional industrial-purpose roads.

If all goes according to plan, the entire project would be an over $2 billion investment and could create up to 2,000 jobs.

But this isn’t the only big project on the horizon for Frontier, as it also hopes to develop the 150 acres on Brown’s Island.

“We do have buildings here,” Slater said. “We’re also contemplating a potential solar park there. Right now, we’ve conceptionally outlined a 40 mega-watt facility for solar — and that would probably be the largest in the state.”

They are currently in the process of completing a study to see if this vision is possible.