Frontier Hopes to Bring Opportunity to the Ohio Valley 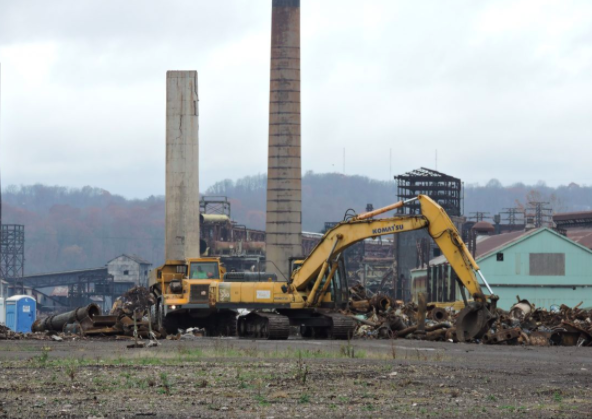 WEIRTON — While much of the news surrounding the COVID-19 pandemic has been bad, there may be opportunity as a result of the virus’ spread.

The Frontier Group of Companies continues to clear and prepare more than 1,100 acres of former steel-making property in Weirton, with officials marketing the land in an effort to draw new businesses and industries to the area.

Patrick Ford, the new business development director for the Frontier Group, is in Weirton this week meeting with local officials and discussing some of the company’s plans.

“When the pandemic hit, it pushed our national economy off the road,” Ford said, noting disruptions in the nation’s supply chain as a result of international border closures and business shutdowns. “It created a sense of urgency for what we need to do.”

Ford, who previously spent a decade as the executive director of the Business Development Corp. of the Northern Panhandle, said, as a result of the disruptions, companies across the United States are looking for new opportunities to assist in the delivery of their products, and international companies are looking for production sites in the U.S.

“We want to start creating these onramps to get our economy back,” Ford said. “This Weirton site is a critical onramp.”

Ford noted the Ohio Valley is located within approximately a day’s drive from two-thirds of the United States’ population, and one-third of Canada’s. It’s access the river, rail, road and air transportation continues to be an advantage, he said.

A current focus for the Frontier Group is approximately 100 acres, to the west of state Route 2, known as the open hearth area, which includes the former Weirton Steel railyard as well as river access. A 98,000-square-foot building on the site already has attracted some prospects, Ford said.

Also of interest is the 40 acres which once was the site of Weirton Steel’s basic oxygen plant. “Those two sites are creating a lot of attention,” he said.

Currently, the Frontier Group is in talks with companies involved in areas such as energy, chemical, automotive, value-added metals and transportation logistics. Ford said both sites should be prepared by spring or early summer 2021. Earlier this year, the company announced plans to locate a solar farm on Brown’s Island.

According to Ford, statistics showed there were approximately 22,000 Ohio Valley residents employed pre-pandemic. As of September, there were 20,700, which he attributed to some businesses not yet returning to full production and some residents giving themselves more time before returning to the workforce.

It is that workforce, with its years of industrial training, Ford said, which is a major asset for the region.“I’ve always believed in the workforce of the Ohio Valley,” Ford said.