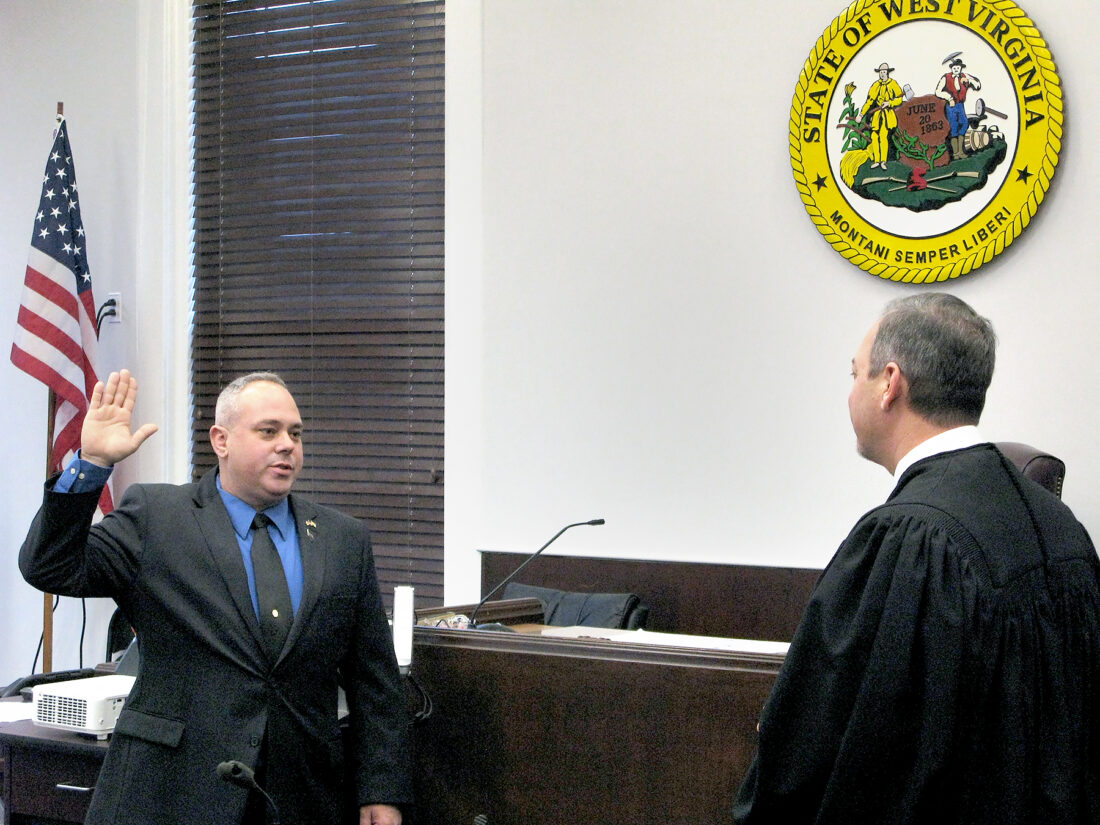 WELLSBURG — The newest Brooke County commissioner said he’s looking forward to working with his fellow commissioners and others to establish a local economy that offers younger residents an alternative to leaving the area.

Tom R. Diserio, the Republican winner of the commission seat in November, said he once had aspirations of becoming a paid firefighter and was offered such a job with a department in the Chicago area, but his best friend convinced him not to.

“The best decision I’ve ever made was staying here,” said Diserio, who went on to serve as Wellsburg councilman, assistant Follansbee fire chief and environmental health and safety manager for Empire Diversified Energy of Follansbee.

A lifelong Brooke County resident, Diserio said he hopes current and future generations growing up there will be able to make that choice.

“I want to give my two daughters and my nieces and nephews the opportunity to stay here,” said Diserio.

He added he agreed with former commissioner Tim Ennis, whom he defeated in the election, when he said, “The best days of Brooke County are ahead of us.”

He and other local officials have pointed to the redevelopment of former steel mill property by Empire, the Frontier Group of Companies and others and the construction of a new Ohio River bridge as indicators of a more prosperous future.

Diserio noted he had worked in the courthouse, as an emergency 911 dispatcher, while pursuing a bachelor’s degree in criminal justice at West Liberty University.

He added he’s thankful for the guidance he received at the time from then-Brooke County Sheriff Bernie Kazienko, Deputy Bill Elcesser and others.

Also a former Wellsburg police officer, Diserio was asked if his experience as a first responder will be helpful in his new role.

“With my background in emergency service, I will know firsthand their concerns when they come to us with a need,” he said.

Diserio was asked how the commission may address the financial struggles of the county’s ambulance service in recent years.

One measure taken by the previous commission was to restructure the county’s ambulance levy, moving it from a levy that supported nearly a dozen local agencies, and into a new one supporting the county’s emergency 911 center and emergency management agency.

Diserio said the agency has been led by great managers over the years but funding has been a big part of its struggles, and he wants to ensure money is there to prevent capable staff from leaving the ambulance service for jobs elsewhere.

Diserio’s first meeting on the county commission will be at 10:30 a.m. Tuesday at the courthouse.