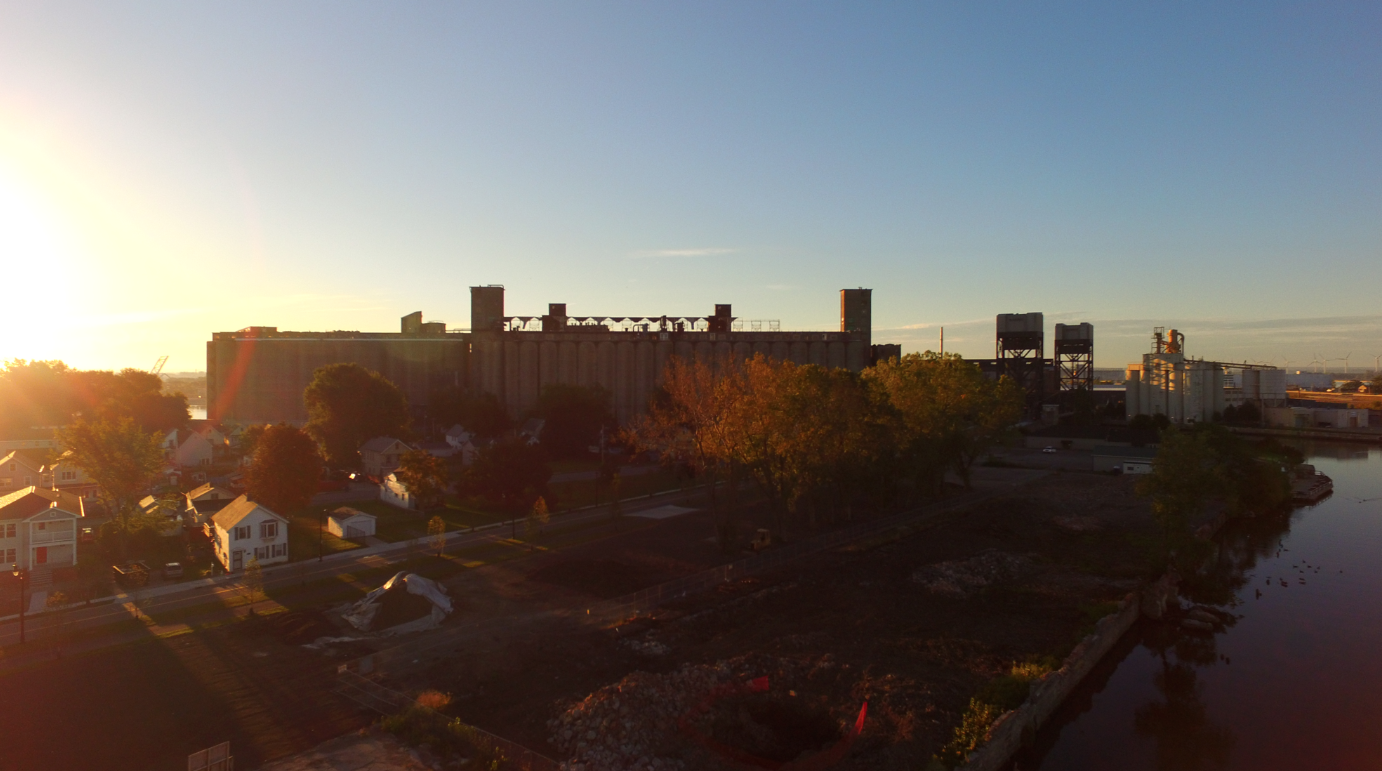 A rare residential infill project in the Old First Ward is nearly complete. The two-story, two-family dwelling at 440 Ohio Street was built by Burke Homes and appears to have a bit of a nautical theme.

Unlike the two large area new-builds planned by Ellicott Development and the team of Sam Savarino and Frontier Group of Companies, this one is a bit lower scale, but it’s a vote of confidence in the neighborhood all the same. From a previous article:

The property is across the street from Buffalo River Landing project (below, left).  Sam Savarino and Frontier Group of Companies are expected to commence construction shortly on the project being built on the site of the Erie Freight House.

At the north end of Ohio Street, Ellicott Development recently began construction on a five-story structure combining office and 21 upper floor apartments along with a ground floor restaurant (above, right).

Buffalo River Landing and Ellicott’s Ohio Street projects are expected to come online next year.  They were both designed by Chaintreuil | Jensen | Stark architects.”

As a main connector between the Inner and Outer Harbor and with ample Buffalo River frontage, Ohio Street and the Old First Ward appear ripe for investment.