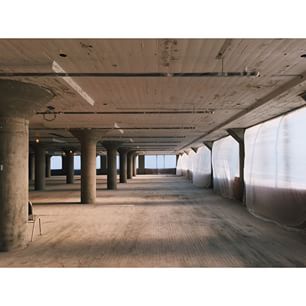 Interior view at 500 Seneca during construction.

Computer software giant Oracle Corp. is coming to Buffalo to take part in the city’s growth, leasing space as one of the newest tenants in Savarino Companies’ 500 Seneca St. project in Larkinville.

The Redwood Shores, Calif.-based programming company signed a contract early this month for 6,000 square feet of space on the fifth floor of the 306,000-square foot former F.N. Burt manufacturing facility, which Savarino and partners Frontier Group of Companies are converting into a mixed-use development.

The software company is designing its own space, which is expected to be ready for occupancy by Jan. 1, said Savarino property manager Luke Cusack. Oracle officials on Friday declined to comment on the functions of the office and the number of employees.

Oracle in 2014 purchased Micros Systems, a seller of software used in the hospitality and retail industries that has an office on Michigan Avenue, and it’s possible Oracle could be moving its local offices to Seneca Street.

The new lease fills out the last remaining vacant space on the fifth floor and puts the entire building a step closer to being fully rented for commercial space, Cusack said. Another tenant, Provident Funding, has also joined the mix, and Nervve Technologies has already expanded its own lease.

There’s still some vacant space on the sixth floor, but Savarino said he’s “very close” with an office tenant for the entire first floor, which is the other remaining space. He would not identify the potential tenant or industry, but said the company is consolidating a number of area locations into one place and then expanding its total space as well.

Other commercial tenants, besides Frontier and Savarino, include Liberty Mutual Corp. of Boston, collections agency ABC-Amega Inc., Bradford Energy, Bene-Care Agency, Leadership Buffalo, a data center and Tommyrotters Distillery. The rest of the space will be occupied by 100 residential loft apartments, a cafe, a restaurant, and related amenities.

In all, Savarino said, more than 600 people will occupy the building when it’s completed, including both commercial and residential tenants and employees.