Possible Development Could Bring $2 Billion to the Northern Panhandle 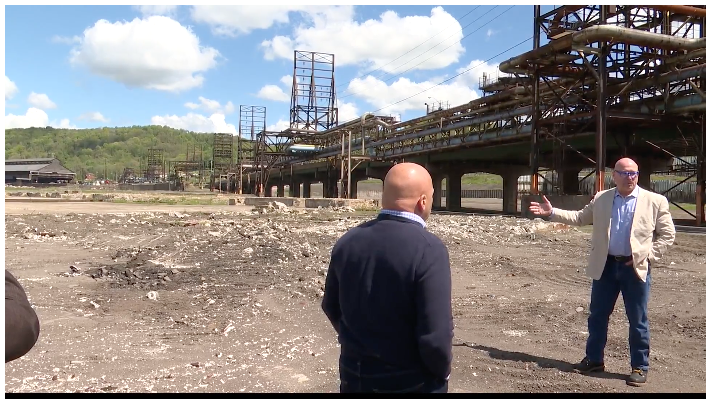 WEIRTON, W.Va. (WTRF) The Weirton Frontier Crossings has taken its next step into becoming a reality.

Leaders from local government and the Frontier Group met in Weirton earlier today to discuss using public funds for the project, to help stimulate economic development.

Frontier Group Director of Business Development Patrick Ford said the cost for the infrastructure project is $145 million, some of which they have already provided themselves.  “Frontier Group companies has already committed and invested $80 million into this site.  We’re $65 million short.”

The major focus right now is on building an access road, bridges, and fixing up the port.  Frontier Group CEO David Franjoine said this will help future developers choose Weirton when looking to build.  “I can see where I can build now.  Before they’re on top of Route 2 bridge looking down saying I can see where I can build but how do I get to it.”

City of Weirton Councilman Enzo Fracasso says this is a good thing for Weirton. “I think this will, if it comes to fruition, will put a big shot in the arm in Weirton and bring it back to vibrancy like it was when I was growing up here in Weirton.”

If this does become a reality, the site will span 1300 acres along the Ohio River.