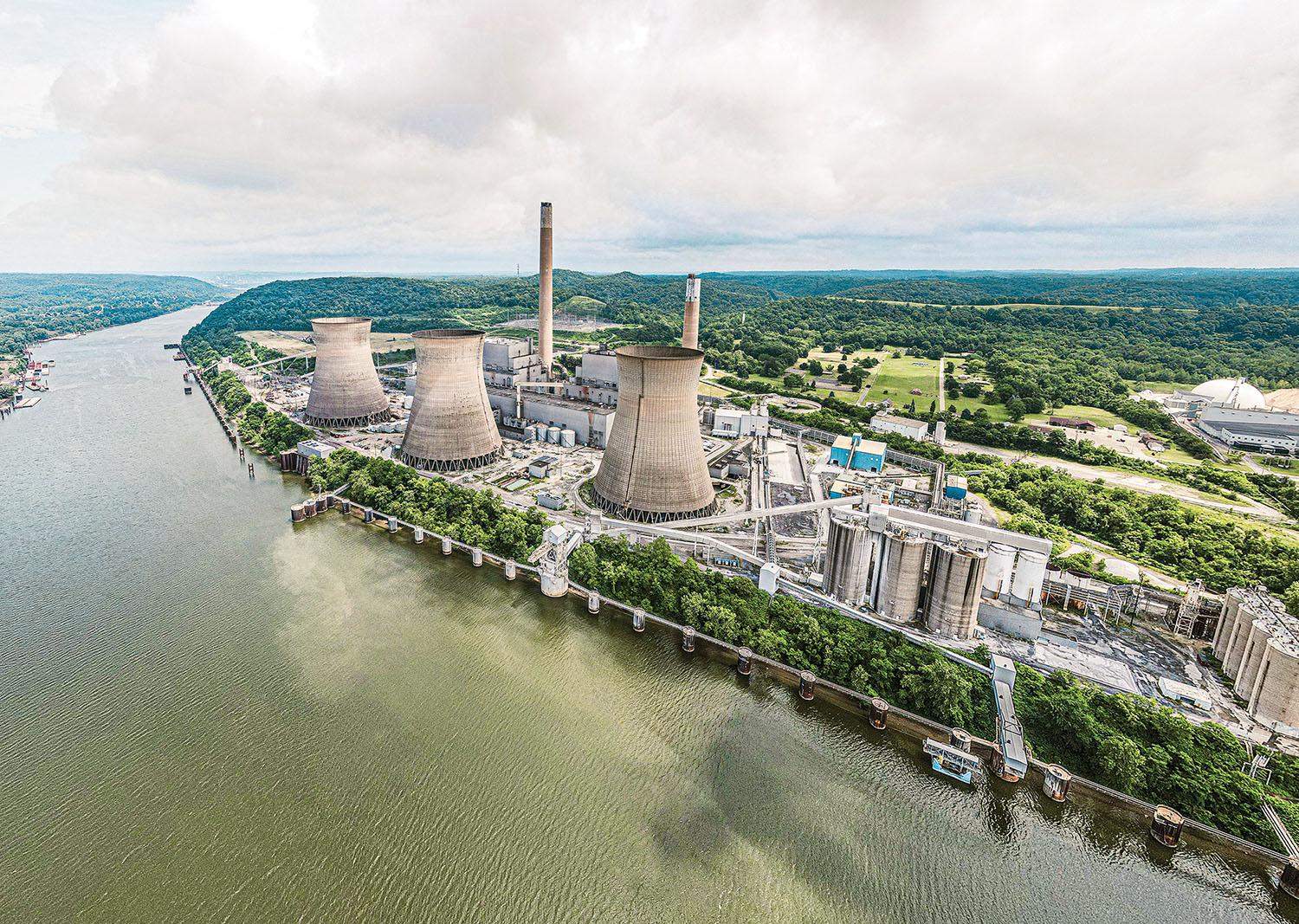 Securing existing barge terminals for future transloading needs was a key part of the reason the Frontier Group of Companies (FGC) recently purchased two retired coal-fired power plants, including one on the Ohio River.

The Shippingport site is adjacent to the Ohio River at Miles 33 and 34, and the Ashtabula site is adjacent to Lake Erie. FGC will complete the decommissioning of the plants and remediate any environmental concerns at each site. Terms of the deal were not disclosed.“While working with Energy Harbor over the past six months, our excitement has grown regarding the repurposing opportunities we foresee for these sites,” CEO David Franjoine said. “Clearing and cleaning these sites and putting the properties back into their respective real estate markets will sustain the economic renaissance of these regions for years to come.”

In the coming months, FGC plans to conduct land use studies and market analyses and meet with community leaders to determine how the sites will be used.

“Because of our immediate location on the Ohio River and the rail and river infrastructure that we have in place and also the geographic location within the greater shale basin, we are already getting inquiries from petrochemical companies, energy companies and value-added metals companies,” Ford said of the Shippingport site, the larger of the two acquisitions. It was once the Bruce Mansfield Power Plant and was operated by FirstEnergy. For many years, the site was the largest coal plant in Pennsylvania. It is 35 miles northwest of Pittsburgh and 17 miles from the Pittsburgh International Airport.

The 2,490-megawatt former power plant is situated on 660 acres along the Ohio River and is served by CSX Railroad. It includes 6,000 feet of developed riverfront with barge loading/unloading facilities. It is being renamed as the Shippingport Industrial Park.

“Since closing what was once Pennsylvania’s largest coal-fired electric generation facility, we’ve been diligently working to find the right purchaser who could redevelop the land in a way that maximizes the economic impact for the residents of Shippingport and all of Beaver County,” said Jay Bellingham, senior vice president of fossil energy for Energy Harbor.

The Ashtabula Power Station site, which ceased operations in 2012, is flanked by Cleveland and Buffalo on I-90. The 256-megawatt former power station is situated on 137 acres on Lake Erie and is also served by CSX Railroad.

“We consider these former power plants to be a tremendous opportunity for new development and an opportunity to bring back jobs that were lost,” Ford said. “Our plan to repurpose and ready these strategically-located mega-sites is the first step toward returning these properties to economically productive uses.”

“There is a great need for these transloading facilities,” Ford said.

One of FGC’s sites, at Mile 62 on the Ohio River in Weirton, W.Va., is the Weirton Frontier Crossings development. The site is the former home of Weirton Steel and Arcelor-Mittal USA in Weirton, W.Va. It is being redeveloped into a 500-acre industrial park and inland river port that can accommodate 3.5 million square feet of new industrial and commercial business. The port is expected to be one of the largest port and rail yards in West Virginia.

Such former plants provide important infrastructure for the transloading of coal and coke, and FGC has had success repurposing terminals on power plant sites for fleeting, transloading and for attracting industries that receive raw materials via barge or send out value-added products to national destinations via the inland waterways system, Ford said.

While the decline of coal is a much-discussed topic in the industry, he said the reduction of coal-powered plants is creating waterfront sites that have enormous potential. While it is nearly cost-prohibitive to build such facilities from the ground up, “The bones of these facilities are in place,” Ford said.