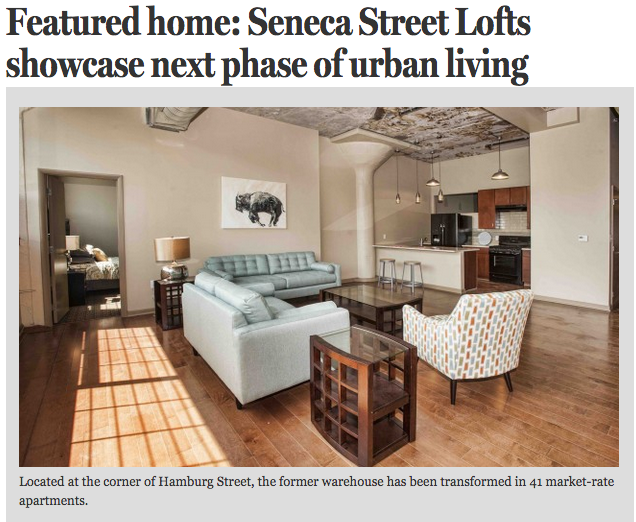 Seneca Street is rapidly becoming the connecting link between the Larkin District and Canalside in downtown Buffalo. Once a commercial-industrial neighborhood adjacent to downtown, it has several new and re-use developments underway.

And at the center of this changing neighborhood is 550 Seneca St., the home of the Seneca Street Lofts, the city’s newest example of commercial building re-use. It is being undertaken by the Frontier Group of Companies.

Located at the corner of Hamburg Street, the former A&P Bakery and warehouse, which had been vacant in recent years, has been transformed in 41 market-rate apartments.