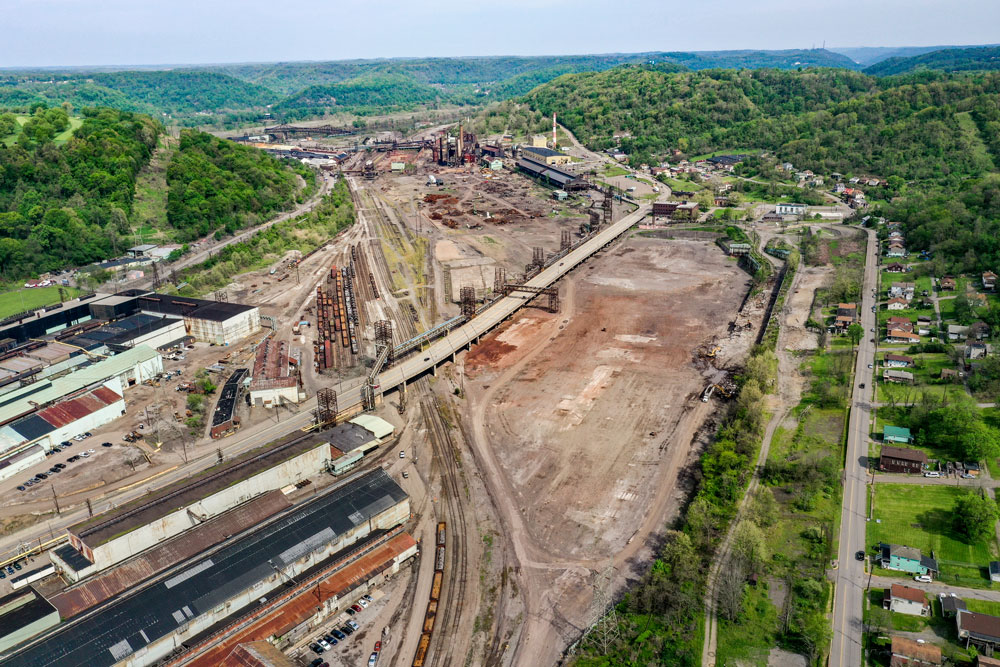 WEIRTON — Weirton Council, during its meeting Monday, unanimously approved the first reading of an ordinance which would establish a no parking zone on a portion of North Main Street; an issue which arose as a result of several tractor trailers parking on the street.

Under the ordinance, which received a 7-0 vote, a no-parking zone, designated by a yellow line painted along the curb and signage, would be established on the east side of North Main Street, beginning at Avenue G and extending to the intersection of Main Street and Pennsylvania Avenue.

Prior to the vote, Ward 7 Councilman Terry Weigel asked Ward 1 Councilman Tim Connell if the arrangement was satisfactory.

“I know this has been a thorn for you,” Weigel said.

North Main Street is located in Weirton’s First Ward, and Connell worked with members of the city’s Traffic Commission and others to formulate the proposal.

Connell noted he has had an opportunity to speak with some of the individuals who park their tractor trailers on the street, and explain the plan, also noting the city has no obligation to provide parking for them but was trying to find a solution to benefit everyone.

“We don’t have to supply a place to park,” Connell said.

The issue was brought before the Traffic Commission in July after concerns were expressed over Bidell Gas Compression having difficulties moving its shipments out of its facility with the large trucks being parked on both sides of the street.

Initially, city officials thought the area was out of the city’s jurisdiction because of a belief council had abandoned North Main Street as part of an agreement with the Frontier Group of Companies. The plans were never finalized, though, leaving care and oversight of the street still under the city’s responsibility.

City Manager Mike Adams, speaking during Monday’s council meeting, noted crews from the city’s Public Works Department, have been filling in some of the potholes on North Main Street, with crews working in different sections of the street as they are vacant of vehicles.